Fellowship is Life, The Story of the National Clarion Cycling movement 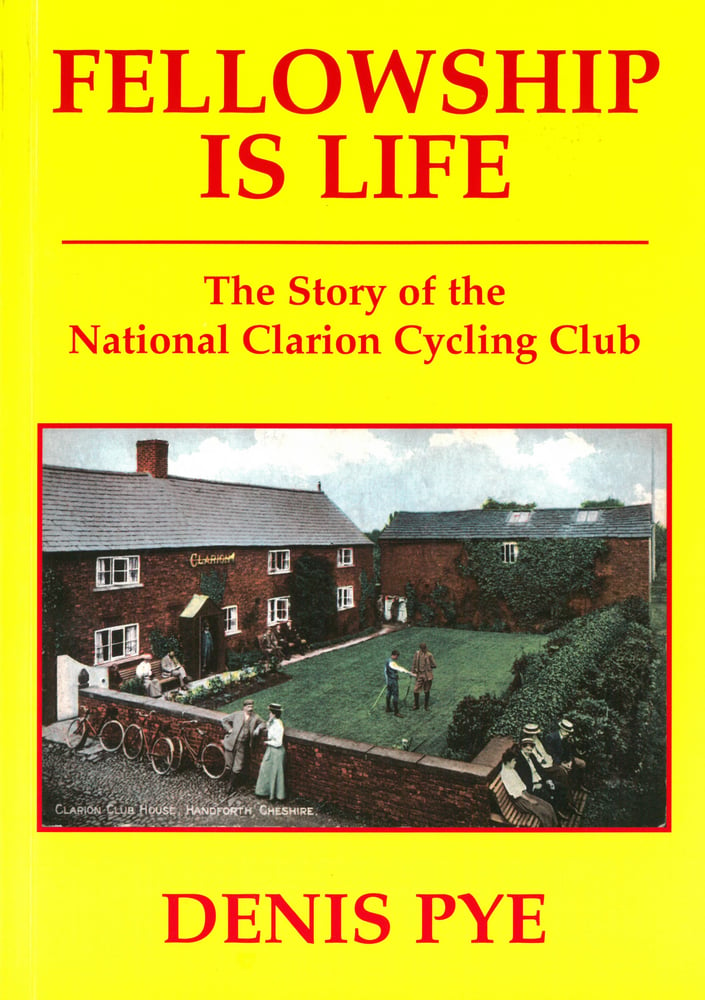 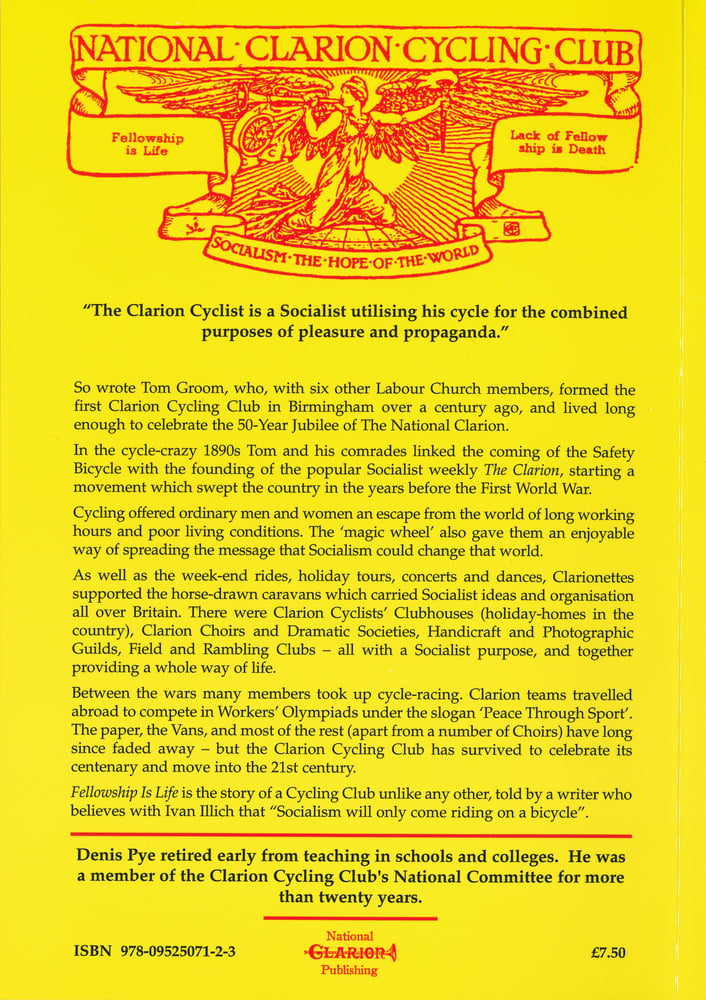 Fellowship is Life, The Story of the National Clarion Cycling Club by the late Denis Pye

"Fellowship is Life" wrote Tom Groom, who, with six other Labour Church timbers, formed the first Clarion Cycling Club in Birmingham over a century ago, and lived long enough to celebrate the 50-Year Jubilee of The National Clarion.

In the cycle-crazy 1890s, Tom and his comrades linked the coming of the Safety Bicycle with the founding of the popular Socialist weekly The Clarion, starting a movement which swept the country in the years before the First World War.

Cycling offered ordinary men and women an escape from the world of long working hours and poor living conditions. The 'magic wheel' also gave them an enjoyable way of spreading the message that Socialism could change that world.

As well as the weekend rides, holiday tours, concerts and dances, Clarionettes supported the horse-drawn caravans which carried Socialist ideas and ideas and organization all over Britain. There were Clarion Cyclists' Clubhouses (holiday-homes in the country), Clarion Choirs and Dramatic Societies, Handicraft and Photographic Guilds, Field and Rambling Clubs - all with a Socialist purpose, and together providing a whole way of life.

Between the wars, many members took up cycle-racing. Clarion teams travelled abroad to compete in Workers' Olympiads under the slogan 'Peace Through Sport'. The paper, the Vans, and most of the rest (apart from a number of Choirs) have long since faded away - but the Clarion Cycling Club has survived to celebrate its centenary and move into the 21st century.

Fellowship is Life is the story of a Cycling Club unlike any other, told by a writer who believes with Ivan Ilich that "Socialism will only come riding on a bicycle".

Denis Pye retired early from teaching in schools and colleges. He was a member of the Clarion Cycling Club's National Committee for more than twenty years.

Reviews of Fellowship is Life

This is a 'pot boiler' of a book - I sat up till 2am to finish reading it. It is superbly written and details the history of the Clarion from inception to modern times. I recommend it as a read for all Clarion members, and also for those who want to know about a real cycling club with socialist views. We need to get the original banner back on Clarion materials. 'Fellowship is Life. Lack of Fellowship is Death.' Buy it, read it and pass it on. A perfect Christmas stocking filler.